Age doesn’t seem to affect some people. There was that guy who swam the English channel in his 70s.  My grandpa once beat me in a footrace at the age of 76.  Granted, he tied my shoelaces together but we failed to put the groundrules of our little contest in writing. Well played, Opa.  Then it also got me thinking.  My buddy RG became a grandpa at the ripe old age of 40.  40 they say is the new 20, but not for pro athletes.  Few and far between are the guys who can continue to perform at a high level once they enter their fifth decade of life. Sure, there are guys who put one decent season or a couple good games together in the midst of obvious decline, but we’re talking about guys who did it (or look like they’ll be able to continue doing it) consistently while old enough to be the parents of their peers or teammates.  Without further ado, we’ll start with an honorable mention.

Dan Severn – Many of you may not remember him but he was one of the first stars of MMA, back when only the UFC was doing it.  He fought such contemporaries as Ken Shamrock, Tank Abbott, Royce Gracie, Oleg Taktarov, among others.  Now at the ripe old age of 52, he’s still fighting professionally.  And winning.  Sure, he’s not taking on elite competition anymore, but his recent results are still impressive over much younger competition.  That, and he has an awesome mustache, meaning he could very well slide seamlessly into Shaun’s list of top flavor savers, you know, had the list gone to 26. 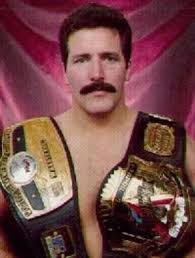 Randy Couture – Sticking with MMA, our next guest on the list is one of the most revered fighters in the sport’s short history. His list of victims includes a who’s who of MMA legends, including Chuck Liddell, Tito Ortiz, Ken Shamrock, and many others; not the least of whom is man-mountain Tim Sylvia.  Before Sylvia decided to forsake cardio and get knocked out by inconspicuous suspects such as former pro boxing champion Ray Mercer, and The Ultimate Fighter tomato can, Abe Wagner, he was the UFC heavyweight champion.  Then 43-year-old Couture stepped into the cage with him and dominated a five round decision, become MMA’s oldest champion to date.  He seems to be retired now as he approaches 50, but I still wouldn’t mess with the guy.

Stachel Paige – Good old Leroy.  One of the great pitchers in baseball history, Paige made his mark in the Negro Leagues, becoming the benchmark of pitching among his peers of that time.  It looked like good old fashioned racism was going to screw the mainstream baseball fan out of being able to witness one of the game’s all time great’s plying his craft on the mound.  The Cliff’s Notes version then goes something like this.  MLB integrates with Jackie Robinson, Larry Doby shortly thereafter, and Paige among others.  At age 42, Paige made his MLB debut with the St. Louis Browns. While met with some skepticism, the Browns scored big time with that move as Paige dismissed any over-the-hill nonsense in short order, pitching for the Browns until age 47 and making two all star teams… despite pervasive racism. You don’t have to be Einstein to figure out that you had to be pretty damn good to be black and included among all stars in those days.  He was also the first Negro Leaguer to be inducted in Major League Baseball’s Hall of Fame.

Nicklas Lidstrom – It’s a bit early to say that Lidstrom will be among the best athletes to play into their 40s and be effective, seeing as he is only 40. What he also is is a leading candidate to win the Norris Trophy, awarded to the NHL’s best defenseman, this year. In addition to that, he is without a doubt the greatest defensive hockey player of this generation. Maybe ever. I saw Ray Borque and he was great, I’m too young to remember Bobby Orr, but his record speaks for itself. But Lidstrom is an icon.  Not only is the best defenseman in hockey, he is the greatest defensive player in any sport that I have ever seen. Showing no signs of slowing down, he could play until 50… theoretically.  Honorable mention here goes to Chris Chelios, who was effective into his 40s, but never approached Lidstrom’s excellence that late on.

Gordie Howe – I love hockey.  And I love guys who have a specific hat trick named after him like Howe did.  The Gordie Howe Hat Trick. A goal, assist, and five minute major for fighting in the same period.  Impressive, right? He was also the NHL’s leading career scorer until a fella named Wayne Gretzky came along and broke his record, meanwhile forever changing the way the game was played. Considering how many fights Howe got into (winning most, by the way), one is left to wonder how many more points he would have scored had he not spent 8 minutes a game in the penalty box for much of the early prime part of his career. His last NHL game was played in 1980 at the age of 52 for the Hartford Whalers.  He, believe it or not, scored 15 goals that season, and became the only player in NHL history to play in five decades.

Nolan Ryan – Saving the best for last, how can anyone top The Express. If Ryan had ever pitched for any decent teams, his career winning percentage and win totals would likely be astronomically better. And he would likely have won a Cy Young award somewhere along the way, an honor he somehow managed to not earn.  What he did do, however, is throw two no hitters in his 40s, the last and record-breaking 7th of his incredible career at age 44. In his youth, Ryan’s pitches were regularly clocked above 100 miles per hour, a feat much rarer in those days when flame throwers like Aroldis Chapman and Joel Zumaya hadn’t been born.  Even Sandy Koufax, who was known for his nasty heater and may be the greatest pitcher that ever lived, couldn’t match Ryan’s smoke. Similarly, Robin Ventura couldn’t keep up with is bulldog headlock and right hook. If you don’t already know, just youtube it.  However, age finally did take it’s toll. Ryan threw his last career pitch at the age of 46, one that damaged his elbow and nudged him into retirement.  It was clocked at 98 miles per hour.

If I’ve forgotten anyone, or intentionally omitted someone you think deserving, let me know.  Goodness knows Shaun will.